Life moves on — no matter what…

Following his father’s puzzling disappearance and his mother’s death, ten-year-old Samuel Baker goes through the motions of living in a world turned upside down. He wears an Apache talisman, a long ago gift from his father, in hopes its promise of strength and guidance is true. But what he truly wants is the power to bring back his parents.

Heartless Aunt Janis is elated at the prospect of becoming Samuel’s legal guardian. She is sure an orphan boy will elicit such an outpouring of public sympathy that her husband will win his Senate bid by a landslide. But when Grandpa Tate arrives, things don’t go as expected, especially when black lightning strikes!

K.S. Jones, whose first name is Karen, has been one of my Facebook friends for a couple of years now, and I was so happy to meet her in person recently at the Literary Classics awards ceremony. 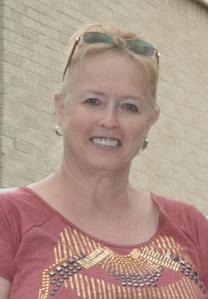 Black Lightning follows her fabulous young adult book, Shadow of the Hawk, which took home the Gold in the Young Adult Historical category. The book also placed first in the esteemed Chaucer Awards.

And it looks like Black Lightning will be another winner.

“If you’ve forgotten the magic that lives in a child’s heart, this book will remind you. Black Lightning is a rare and beautiful mythic journey about one boy’s struggle with paralyzing grief and the powerful bonds that can carry a person through this world and beyond…”  ~Michael Gear and Kathleen O’Neal Gear, USA TODAY and NEW YORK TIMES bestselling authors of People of the Thunder

Excerpt from Chapter One:

Samuel stood beside his mother’s rain-speckled casket. He had cried his tears dry, so there was no point in trying to find more.

“Chin up, young man,” Aunt Janis said as her fingers nudged Samuel’s jaw upward. “Death is just part of life, and our photographer needs a good picture of you for the newspapers.”

A camera flashed, leaving Samuel’s red and swollen eyes burning as if stung by the sun instead of grief.

So many important days had come and gone without his father, but surely he would come home today, wouldn’t he? Samuel closed his eyes. He pretended his father was beside him holding his hand. They had a right to hold hands, he told himself. Not because he was ten, but because it was his mother’s funeral. Two years had passed since his father left, never to be seen again. Vanished, was the word his mother had used. Into thin air, she’d said.

“No,” he said and shook his head. “My dad gave it to me.” It was a pinewood tile, the size of a domino shaved nickel-thin, which hung from a leather cord around his neck. Burned onto the front side of the wood was a lightning bolt. Its flipside bore the blackened imprint of a tribal dancer. It had a turquoise nugget and a shiny black hematite bead strung together on each side. His father had given the talisman to him with a promise: It will guide you and give you strength when you need it most.

Today, dressed in a black suit and starchy white shirt, Samuel wore it in hopes the promise was true.

Black Lightning is available for pre-order in eBook and print, with audio coming soon. The actual release date is May 17th. You may purchase the book at:

Karen lives in the beautiful Texas Hill Country with her husband, Richard, and their three dogs, Libby Loo, Red Bleu, and Jack Black.

Congratulations, Karen, and here’s wishing for continued success with your writing!

one stop for all your publicity needs