Posted on September 28, 2018 by lindacovella 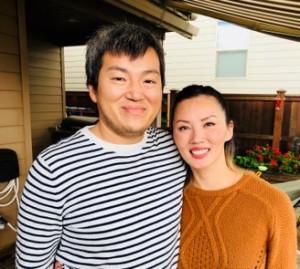 In 1984 in Seoul, South Korea, a two-year-old boy was found abandoned on the steps of a theater. The theater manager brought him to the local police station. The boy was named Hong Ki Hong after the theater manager.

On that same day, one mile away, a four-year-old girl was abandoned by her father. He gave her some money, told her to buy a treat, and that he would be back. He never returned. A woman found a note in the girl’s pocket that read: “Please send this child to an orphanage through police station. At present, she has no parents.”

The girl told the police her name was Jee Young Lee and that her mother ran away because her father drank too much and beat her.

Both children were adopted, separately, by Americans. The girl, who was named Renee Alanko, grew up in Northern California. The boy’s American name is Justin Kragt and grew up mostly in Salem.

As an adult, Justin always hoped to find–at least–some distant relative, so he took a DNA test through 23AndMe.

Renee took the DNA test for a different reason–she was thinking of having children and was checking for possible health issues.

Then the miracle happened: their DNA matched. And 34 years after their abandonment in South Korea, the siblings were reunited.

You can read the full story here. The article includes a video of their emotional reunion. I dare you not to cry. 🙂

Damyanti Biswas started the We Are The World Blog #WATWB to “spread peace and humanity on social media.” For her latest post and links to other bloggers, visit her blog here.