I’m happy to have award-winning author Christine Z. Mason here today to answer 10 Questions about her writing. Christine writes fiction for both children and adults. 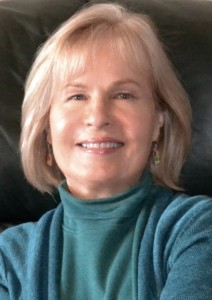 Christine Z. Mason: In junior high, I wrote a couple of stories I can still remember, and I don’t think they were too bad. I even had a couple of stories and poems published in my high school journal and in college. I was an English major with a Studio Art minor in college, and I thought I’d teach, maybe both subjects. Then I went into the Peace Corps, taught art and photography at a community college on a small island in Micronesia. Afterwards I decided to become a lawyer. Even when I was practicing criminal law, I thought I could use the material to write fiction, but I didn’t have the time to devote to it then. Just before my second child was born, I quit my job. When both kids were in school, I started taking more creative writing seminars (I’d taken some in college and English grad school). The more I wrote, the more I wanted to take it seriously. So it was an evolving process, and it wasn’t until I had a couple of short stories published in journals and then my middle-grade novel, The Mystery of the Ancient Stone City, came into print that I thought of myself as a writer.

LC: What is your writing process: where do you write, how often do you write, are you a full-time or part-time writer, do you outline or do you plot as you go, etc.?

CZM: I used to write freehand in a stream-of-consciousness style, and then transpose it to the computer and start editing, but then I went to doing the first draft on the computer. I was pretty good at doing a couple of hours before the kids got out of school. I also went to writing seminars and groups in the evening, which worked out well, and I learned a lot from other writers and from critiquing their work. With The Mystery of the Ancient Stone City, I outlined, but with the adult novels and short stories, it was a more organic process, which I enjoyed more.

LC: Where do you find your inspiration for your stories? Do you draw from your own experiences?

CZM: I often draw from my own experiences and the experiences of friends. I like character-driven stories, and I learn from the novels and short stories I read, especially in the New Yorker, that focus on people and their relationships.

LC: Who is one of your favorite characters from your story(ies), one that you enjoyed creating and writing about, and why?

CZM: I liked Kaia Matheson from Boundaries: A Love Story. It was interesting going back to what it was like at sixteen and then the subsequent ten years or so in a young woman’s life. It took me back to that time in my life.

LC: Do you incorporate (or inadvertently find) any of your own personality traits into your characters?

CZM: I probably tend to do that too much with some of my female characters, but in Weighing the Truth, I tried to make the protagonist taller and more outgoing and hopefully more interesting. 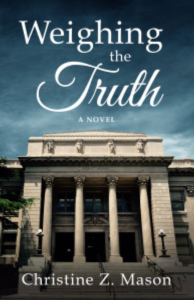 LC: Well, I find you an interesting person with all you’ve done so far in your life. 🙂

Do you find your stories are more plot driven or character driven? Please explain.

CZM: Character driven, definitely. But I do like a riveting plot, both in my reading and writing, as long as the story delves into personality in depth.

CZM: Yes, I routinely took out ten books from the library every week as a ten or twelve year old and never stopped reading fiction.

CZM: Extremely important, just as studying the work of other artists is crucial for developing artists. You learn to read critically as you become a better writer yourself.

LC: Anything new in the works?

CZM: Possibly a sequel to Boundaries: A Love Story and Weighing the Truth, with the two protagonists getting together to form a law firm to protect abandoned and neglected children.

LC: Sounds like a wonderful premise, and interesting to bring characters from two different novels into one.

Thanks so much for joining us today, Christine. I really enjoyed learning more about you and your writing!

Christine Z. Mason was born in Chicago and grew up in Los Angeles, earning her B.A. in English Literature with an Art Minor at UCLA. She studied Literature and Creative Writing at UCLA English Graduate School, then served in the Peace Corps, teaching Art and Photography at the Community College of Micronesia on Pohnpei, Eastern Caroline Islands. She earned her J.D. at University of California, King Hall, and subsequently practiced constitutional and criminal law. She has also taught law classes at several universities.

Christine has published two novels: Boundaries: A Love Story and Weighing the Truth; and a middle-grade adventure story, The Mystery of the Ancient Stone City. Her short fiction has appeared various literary print journals, including in North Atlantic Review, Whetstone, and A Summer’s Reading. She has won awards for her fiction at the California Writers’ Club Jack London Writers’ Conference, CWC Asilomar Conference, and the Pacific Northwest Writers’ Association Conference.

Christine lives with her husband on the central coast of California; they have a daughter and a son. Christine has traveled extensively in Europe, Asia, South America, Mexico, the United States and Canada. She enjoys reading, hiking, photography, and painting.